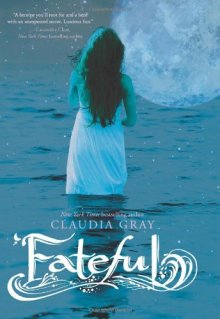 2 thoughts on “Fateful by Claudia Gray”