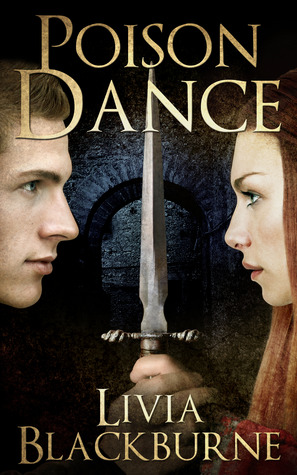 Poison Dance
Livia Blackburne
Publisher: Lion’s Quill Press
Publication Date: September 24, 2013
Series or Standalone: Midnight Thief #0.5
ISBN: 9781940584003
Pages: 86
Website:
Livia Blackburne – Website
Livia Blackburne – Blog
Livia Blackburne – Twitter
Livia Blackburne – Facebook
Rating: 4 Stars
Poison Dance serves as a prequel novella to Livia Blackburne debut novel Midnight Thief. It’s currently available for FREE on Barnes and Noble and Amazon.
I’m going to start off by saying that I’m super excited to read Midnight Thief when it comes out next month. Poison Dance serves as a great introduction into the world of Livia Blackburne’s novel.
James is an assassin in the crumbling Assassin’s Guild. He meets Thalia, a dancer, who asks James to help her kill a powerful nobleman. While the novella is short, it does a good job setting up the world for Midnight Thief and is a great introduction to Blackburne’s writing. I haven’t read Midnight Thief yet, but if it’s anything like this prequel, I’ll know I’ll love it.
I really liked James and can’t wait to see more of him in Midnight Thief. While he might be an assassin, he’s a good guy. He’s not corrupt and at first refuses to help Thalia because of the dangers of the job, for him and her. He’s got a good group of friends to whom he is loyal. He makes his decisions for the right reasons. When the Assassin’s Guild new leader starts targeting him, James just wants to get out of Forge, but events make that difficult. I’ll be interested to see more of him in Midnight Thief.
Thalia was an interesting character. I felt bad for her. Her actions are motivated out of love for her sister. She knows the risks of attempting to kill a powerful nobleman, and is willing to do anything to avenge the death of her sister, including losing her own life. I was hoping she would have a happy ending…but we don’t always get what we wish for.
While the story is short, the plot is intricate and detailed. Livia Blackburne manages to weave together two story lines into one short novella, an impressive task. The pacing was spot on, with details being revealed at the right time to keep the readers interest. The action is great, and the twists impressive. I cannot wait to see how this ending shapes the world in Midnight Thief.
Short and sweet, Poison Dance introduces us to the world of Forge, a world riddle with corruption. I cannot wait to see more of James and the world Livia Blackburne has created. If possible, I’m even more excited now for Midnight Thief than I was before!
Follow Overflowing Shelf on WordPress.com
Join 652 other subscribers